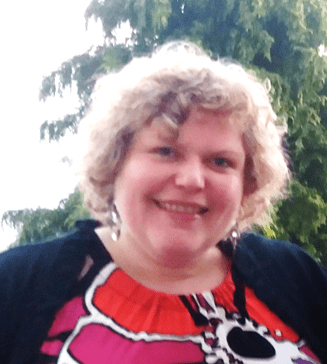 Nathalie Gontier is a researcher for the Faculty of Science of the University of Lisbon, sponsored by the Portuguese Foundation for Science and Technology under law 57/2016, and she is an Integrated Member of the Center for Philosophy of Sciences where, since 2012, she is the director of AppEEL – The Applied Evolutionary Epistemology Lab that was founded with the support of the John Templeton Foundation. She has a background in both Philosophy and Comparative Science of Cultures (Cultural Anthropology), and she holds a PhD in Philosophy of Science. She is the Editor-in-Chief of the Springer Book Series Interdisciplinary Evolution Research, Associate editor for Evolutionary Biology, Advisory Editorial Board Member for Theoria et Historia Scientiarum, and Empedocles: European Journal for the Philosophy of Communication, and Review Editor for Frontiers in Psychology/Theoretical and Philosophical Psychology. She seats on the permanent board of the Protolang Conference Series, she is a Member of the Third Way of Evolution​, and a collaborator for the Astra Project. Previously, she has been an Invited Associate Researcher for the Autonomous section for History and Philosophy of Science at the Faculty of Science of the University of Lisbon, a part-time Professor of Philosophy of Science at the Dutch Free University of Brussels (Belgium); with the support of the Marie Curie Actions under Framework 7 of the European Union, she has worked at the Division of Paleontology of the American Museum of Natural History (New York City, USA); she has been a Post-Doctoral Fellow for the Portuguese Fund for Science and Technology; a Research Assistant for the Fund for Scientific Research Flanders (Belgium); and a Research Fellow at the Austrian Konrad Lorenz Institute. Her publications include a monograph on theories on the origin and evolution of life that deviate from the standard paradigm (in Dutch), and she has edited several books and academic journals on topics of biological, linguistic and sociocultural evolution. Her personal website can be found at http://lisboa.academia.edu/NathalieGontier

Philosophy of Evolutionary Biology with focus on the Extended Synthesis (reticulate evolution, macroevolution and hierarchy theory), Applied Evolutionary Epistemology (the units and levels of evolution debate), Anthropology of Science (scientific practices and interdisciplinarity), Origins and Evolution of Language,