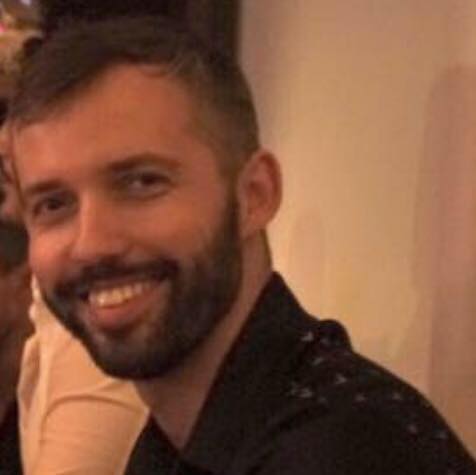 David dos Santos is currently an FCT Ph.D. grantee doing a doctorate in Philosophy of Science, Technology, Art and Society at The University of Lisbon. He is a member of the Center for Philosophy of Sciences and of the Science and Art Philosophy Lab (UL). He holds a Master’s degree in Multimedia Culture and Art (FEUP|UT Austin) and a Bachelor’s Degree in Theatre Studies (ESMAE). In scientific research, he has been an ongoing associate partner of the project Blackbox: Arts & Cognition, a researcher grantee in the international project Transmedia Knowledge-Base for Performing Arts (UNL), the Project Manager and Organizer of the first TKB International Conference on “Multimodal Communication: Language, Performance and Digital Media”, founder and board member of iGesto-Research on Gesture. On Art, he was an Assistant Director and Movement Director in stage plays at National Theatre São João, Casa da Música and others where he assisted several directors. Producer at RE.AL-AND_Lab – Artistic Research and Scientific Creativity Lab. Teacher of Theatre and Dance in diverse Schools, Theatres and Universities. Performer of Theatre, Dance and Cinema in several national and international projects. As Theatre Director he directed diverse authors like “Dia Conseguido” by Peter Handke. As Choreographer he made original creations such as the Peak Leisure Park in the Project Ensemble Tanzlabor 21_1 at the Mousonturm Theatre in Frankfurt am Main, Germany. In the Creative industries, he has worked with Ivity Brand Corp. as Creative Copywriter, MighT as Head of Concept, This is That as Creative Consultant and Facilitator of Leadership, Communication & Creativity.