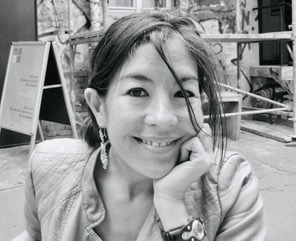 Sylvia holds a Masters (2017) and a Specialist Title (2019) in Dance from The Lisbon Polytechnic’s Higher School of Dance, as well as a Bachelor in Fine Arts (1996) from The Juilliard School. She was nominated as Outstanding Young Dancer by Swiss dance critic Lilo Weber in 2001, and was granted the Morris Prize (1994) at the International Theatre School Festival in the Netherlands.
From 1996 to 2015, Sylvia danced professionally in international repertoire dance companies in the Netherlands, Germany, Switzerland, and Portugal.  As a dance-maker, she simultaneously created group and solo works in Switzerland, Portugal, and Spain, using co-creative collaborations between dancers, and when possible – visual artists, computer scientists, musical composers, neuroscientists, and cognitive-linguists to entice new approaches to making dances.
Interested in the bridge between Science and the Arts, Sylvia collaborated as a guest choreographer with the BlackBox team at FSCH-UNL in Lisbon (2018/9), where her research work was framed around attention and habitual movement patterns in dance.  She also participated as a dancer/choreographer in the European MovingDigits Project (2019/20), which aimed to enhance audience understanding and engagement in contemporary dance performances, and to allow to experience dance in an augmented way (even after the performance).
As a dance researcher, Sylvia is deeply interested in the relationship between human cognition and dance(-ing), encouraging collaborative, interdisciplinary and multimodal research processes to build a creatively dynamic and interactive place for learning, transmitting, sharing and performing new body logics.
Using invented and re-processed improvisational concepts in her studio processes, her ongoing research methodology is to discover subjective body logics which make sense to both dancer and spectator, introducing the negotiation of deliberate choice as an active and practical tool within dancing, making, teaching and thinking.

Art and Science, Cognition and dance(-ing),