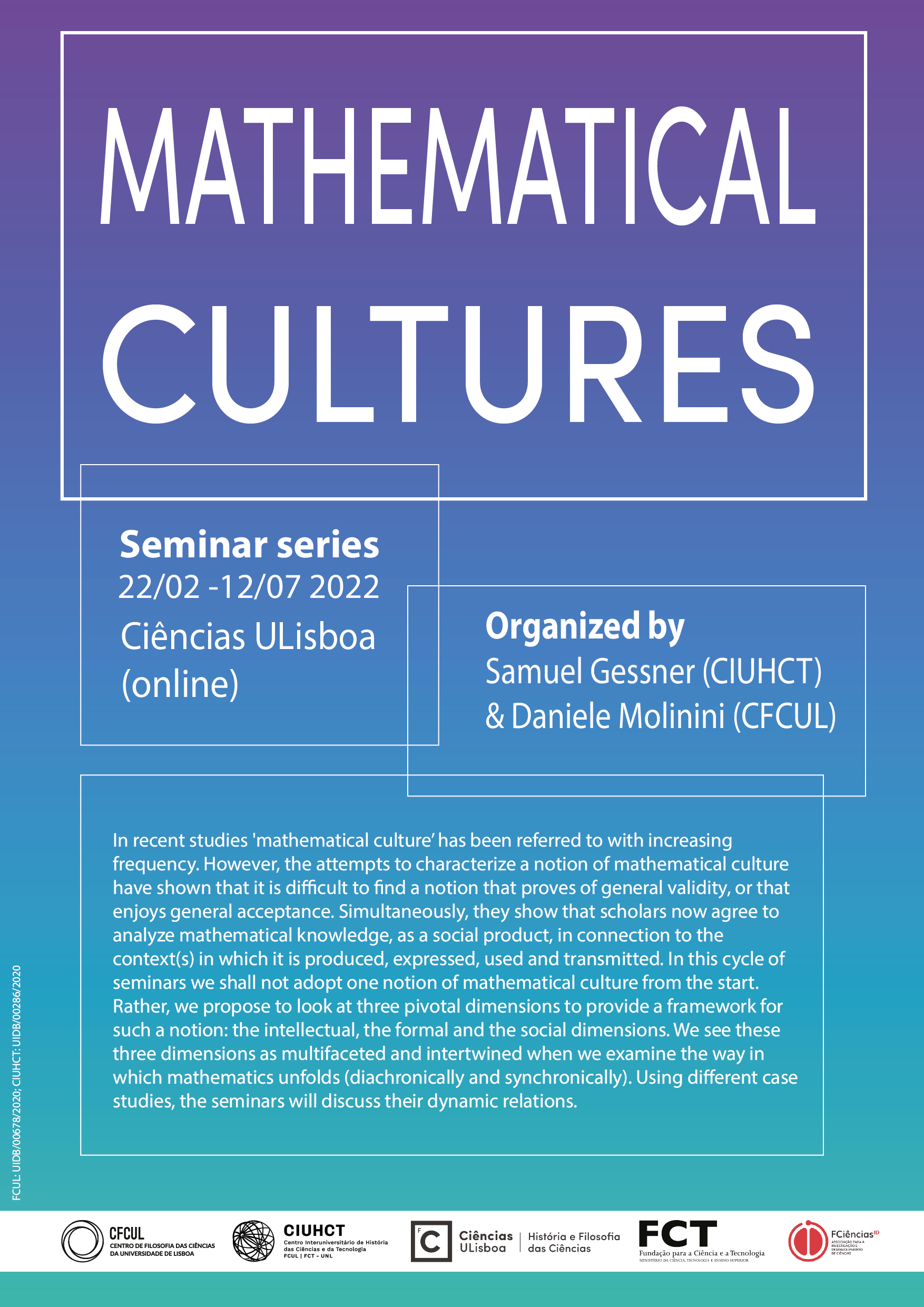 In recent studies ‘mathematical culture’ has been referred to with increasing frequency. However, the attempts to characterize a notion of mathematical culture have shown that it is difficult to find a notion that proves of general validity, or that enjoys general acceptance. Simultaneously, they show that scholars now agree to analyze mathematical knowledge, as a social product, in connection to the context(s) in which it is produced, expressed, used and transmitted. In this cycle of seminars we shall not adopt one notion of mathematical culture from the start. Rather, we propose to look at three pivotal dimensions to provide a framework for such a notion: the intellectual, the formal and the social dimensions. We see these three dimensions as multifaceted and intertwined when we examine the way in which mathematics unfolds (diachronically and synchronically). Using different case studies, the seminars will discuss their dynamic relations.

26/04/2022 – “Ideologies and Mathematical Cultures in the 20th Century”, José Ferreirós (University of Seville)

30/06/2022 – “Why would anyone not take a cultural approach to mathematics?”, Brendan Larvor (University of Hertfordshire, UK)