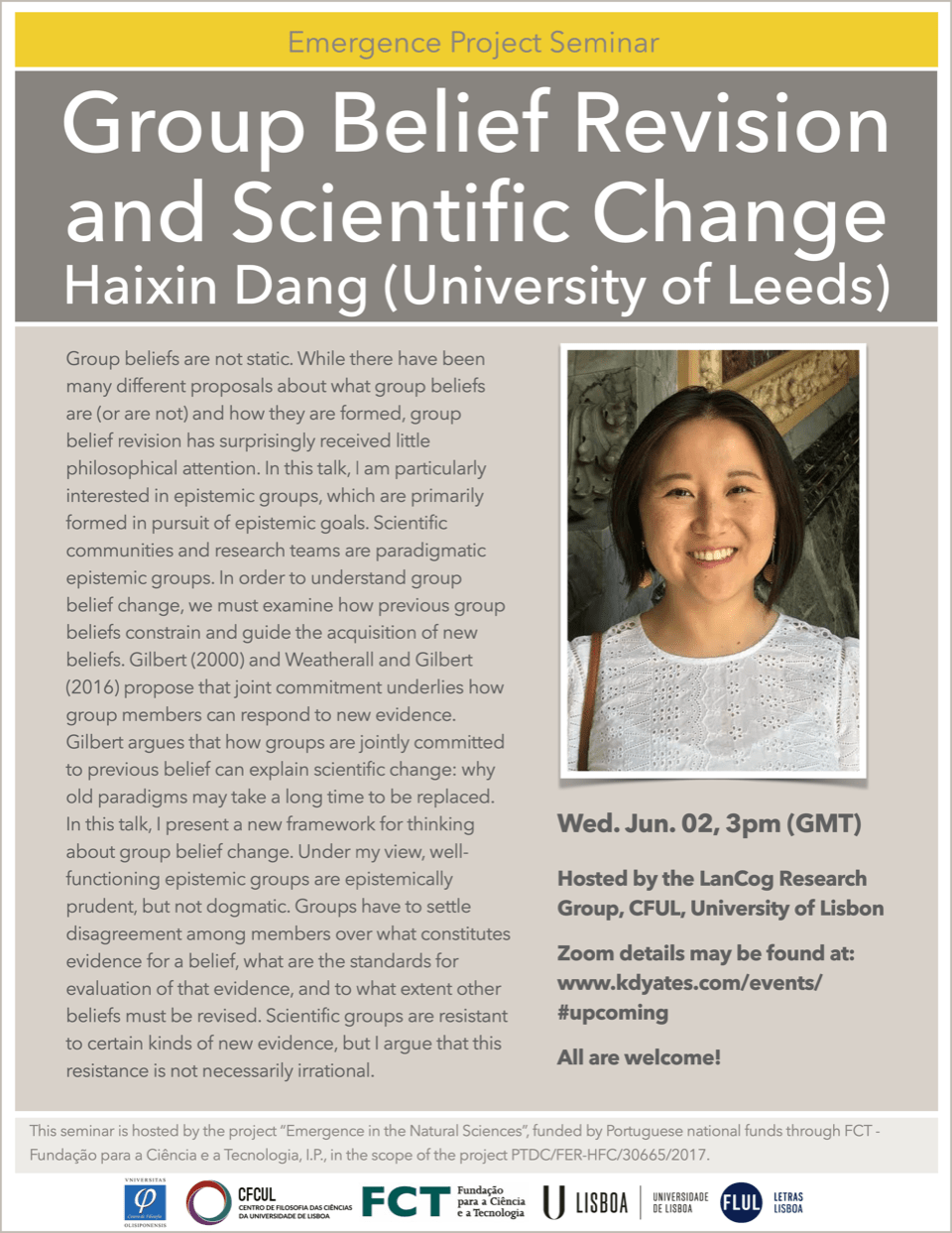 Group beliefs are not static. While there have been many different proposals about what group beliefs are (or are not) and how they are formed, group belief revision has surprisingly received little philosophical attention. In this talk, I am particularly interested in epistemic groups, which are primarily formed in pursuit of epistemic goals. Scientific communities and research teams are paradigmatic epistemic groups. In order to understand group belief change, we must examine how previous group beliefs constrain and guide the acquisition of new beliefs. Gilbert (2000) and Weatherall and Gilbert (2016) propose that joint commitment underlies how group members can respond to new evidence. Gilbert argues that how groups are jointly committed to previous belief can explain scientific change: why old paradigms may take a long time to be replaced. In this talk, I present a new framework for thinking about group belief change. Under my view, well-functioning epistemic groups are epistemically prudent, but not dogmatic. Groups have to settle disagreement among members over what constitutes evidence for a belief, what are the standards for evaluation of that evidence, and to what extent other beliefs must be revised. Scientific groups are resistant to certain kinds of new evidence, but I argue that this resistance is not necessarily irrational.