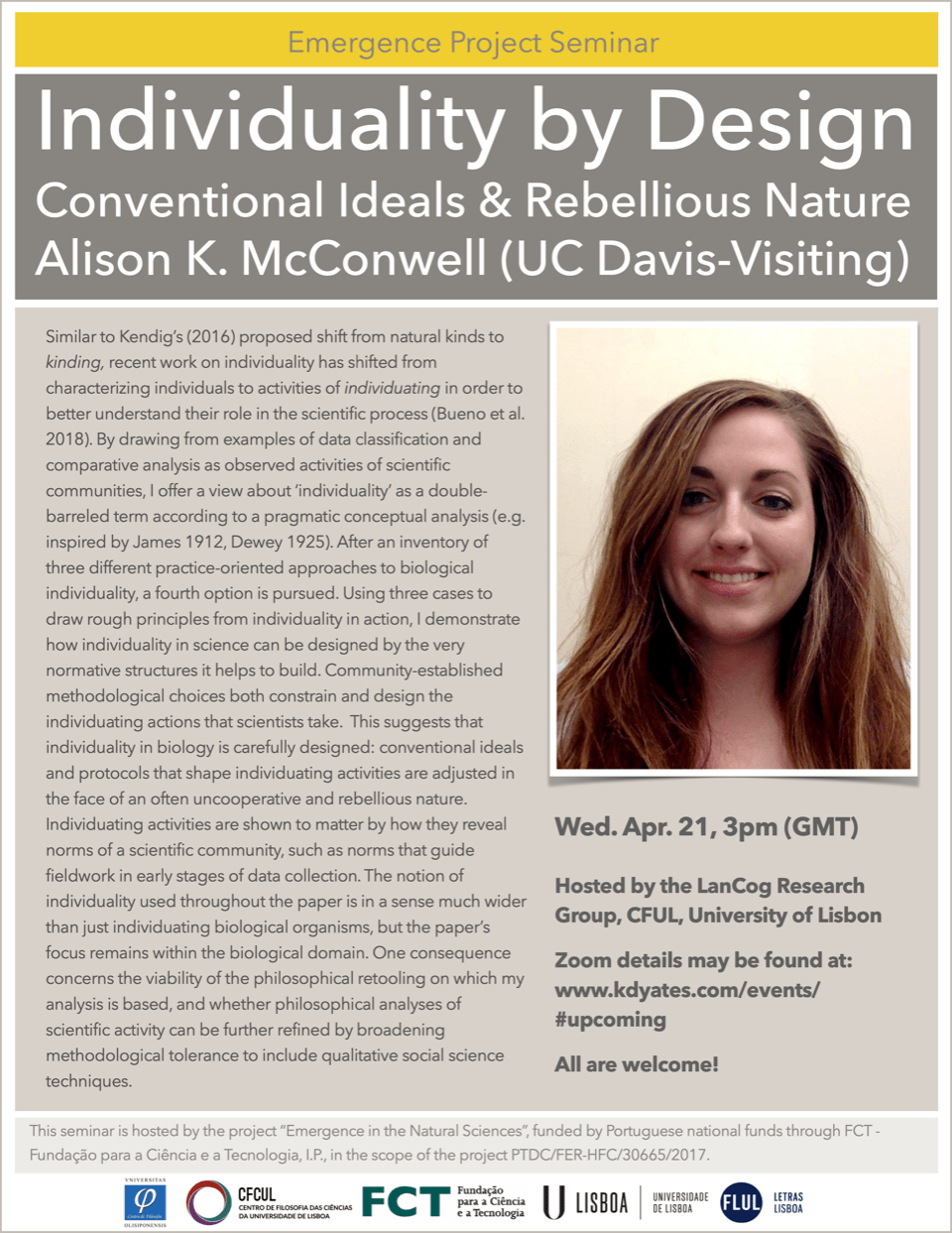 Individuality is a topic of study that crosses disciplinary boundaries (e.g. Clarke 2016, Pradeu 2012, Gilbert et al 2012, Huxley 1912). A recent anthology investigates how individuality in science cannot be understood until one includes their contexts of application (Bueno et al. 2018). A theme of that collection concerns how individuality concepts manifest through scientific experience and practice. Their focus extends beyond to what extent the natural world is comprised of discrete and bounded individuals and their corresponding typologies. So, rather than focus on the metaphysical nature of individuals, one aim is to direct attention towards how scientists individuate and how they might use individuality concepts in their work. Similar to Kendig’s (2016) proposed shift from natural kinds to kinding, recent work on individuality has shifted from characterizing individuals to activities of individuating in order to better understand their role in the scientific process. By drawing from examples of data classification and comparative analysis as observed activities of scientific communities, I offer a view about ‘individuality’ as a double-barreled term according to a pragmatic conceptual analysis (e.g. inspired by James 1912, Dewey 1925). After an inventory of three different practice-oriented approaches to biological individuality, a fourth option is pursued. Using three cases to draw rough principles from individuality in action, I demonstrate how individuality in science can be designed by the very normative structures it helps to build. Community-established methodological choices both constrain and design the individuating actions that scientists take. This suggests that individuality in biology is carefully designed: conventional ideals and protocols that shape individuating activities are adjusted in the face of an often uncooperative and rebellious nature. Individuating activities are shown to matter by how they reveal norms of a scientific community, such as norms that guide fieldwork in early stages of data collection. The notion of individuality used throughout the paper is in a sense much wider than just individuating biological organisms, but the paper’s focus remains within the biological domain. One consequence concerns the viability of the philosophical retooling on which my analysis is based, and whether philosophical analyses of scientific activity can be further refined by broadening methodological tolerance to include qualitative social science techniques.