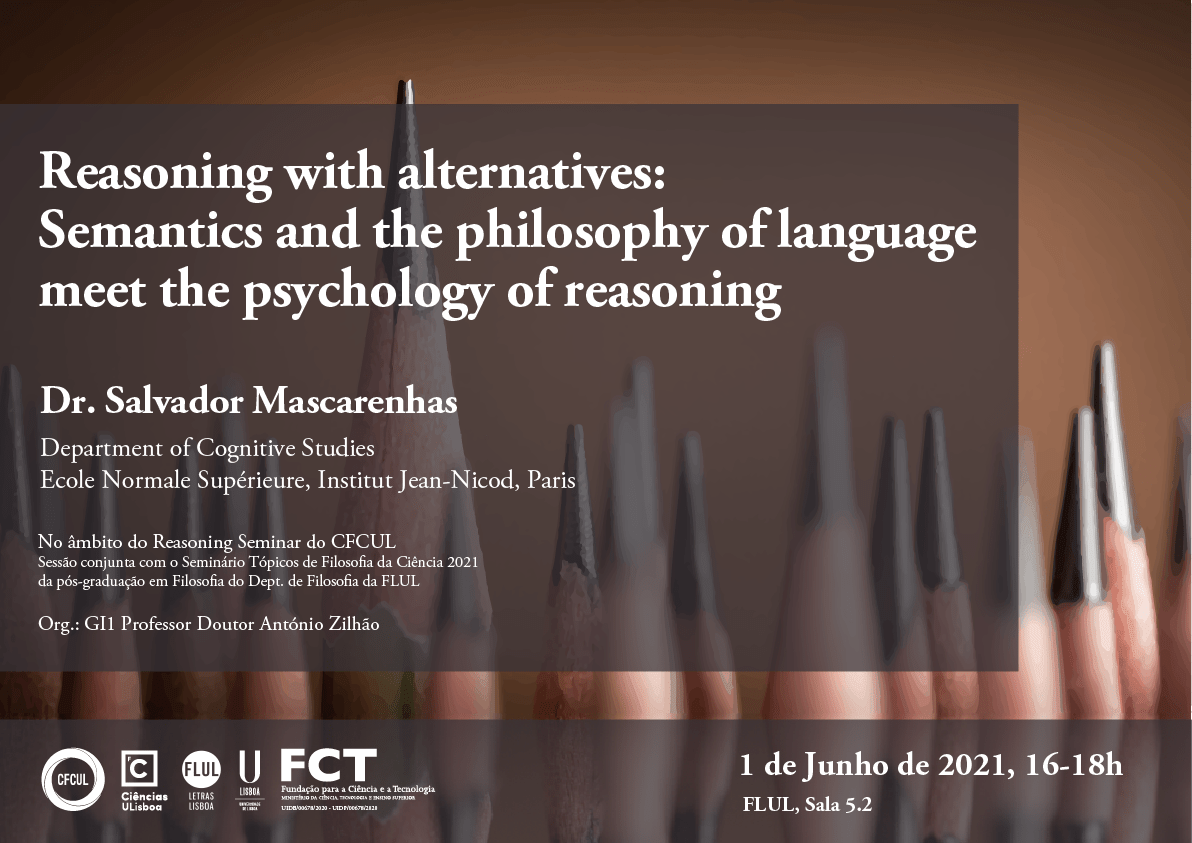 Abstract Natural language semantics and the psychology of reasoning and decision making overlap considerably. Virtually the totality of our body of data on human reasoning has been collected by means of linguistic stimuli. Conversely, the central methodology in linguistic semantics is to inspect intuitive entailment relations between sentences as a window into meaning. Yet the two fields have proceeded almost entirely in parallel, with very little contact over the past fifty years. In this talk, I explore two areas of beneficial convergence between the two fields within the realm of reasoning with propositional alternatives, such as provided by the English connective ‘or’. First, I give empirical evidence for complex interactions between interpretive processes and domain-general reasoning in deductive problems involving disjunctions. Second, I present a theory of reasoning grounded in linguistic insights that unifies seemingly disparate phenomena from the psychology of reasoning. I show that by combining logical elements with a Bayesian confirmation-theoretic component one can understand human reasoning as a process of asking questions and answering them with recourse to an evidentiary procedure. The resulting system provides a unified account of standard two-premise deductive problems such as studied in mental models and mental logic theories, and (in)famous problems from the heuristics and biases paradigm, such as the conjunction fallacy or base-rate neglect.