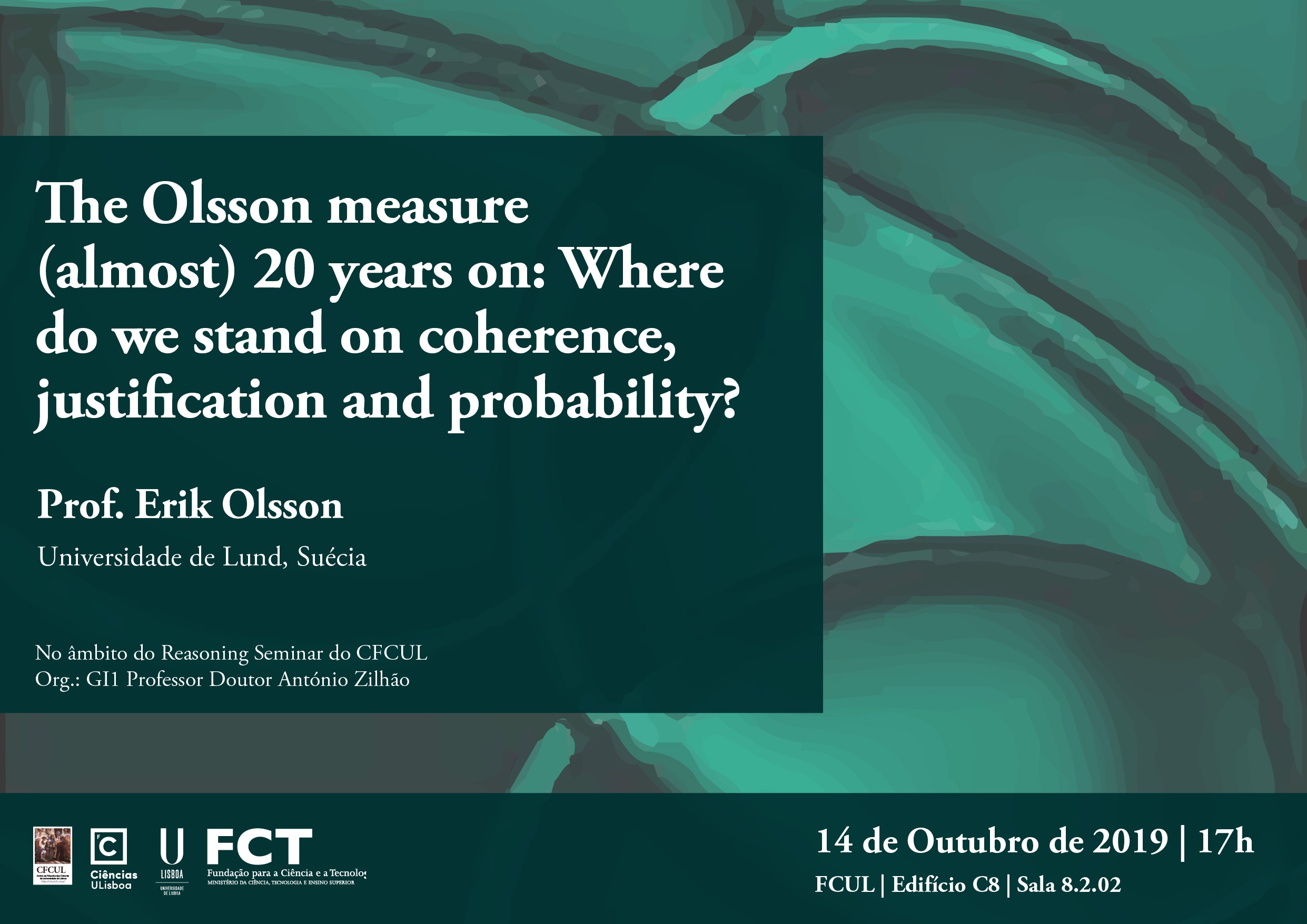 The Olsson measure (almost) 20 years on: Where do we stand on coherence, justification and probability?

Abstract My starting point will be the discussion of coherence and justification that was initiated by Laurence BonJour, Peter Klein and Ted Warfield (the latter two in a famous article in Analysis), and couched and examined in probabilistic terms by Bovens and Hartmann (Bayesian Epistemology, OUP, 2003) and myself (Against Coherence, OUP, 2005), among others; this discussion culminated in “impossibility results” demonstrating that even a moderately strong connection between coherence and truth (justification, high probability) cannot be had. My focus thereafter will be on what most authors refer to as the ‘Olsson measure of coherence’ (or, sometimes, as the ‘Olsson-Glass measure’), which was first proposed as a measure of coherence in a 2002 paper of mine (The Journal of Philosophy) and, independently, by the computer scientist David H. Glass in the same year. However, this measure had been to some extent already hinted at, though not explicitly proposed as such, in a 2000 Mind paper by Luc Bovens and myself. Since its formulation, the Olsson measure has been criticized but also defended from a variety of viewpoints. Tracing this development and assessing the state of the art regarding its tenability and fruitfulness is the purpose of the second part of my talk