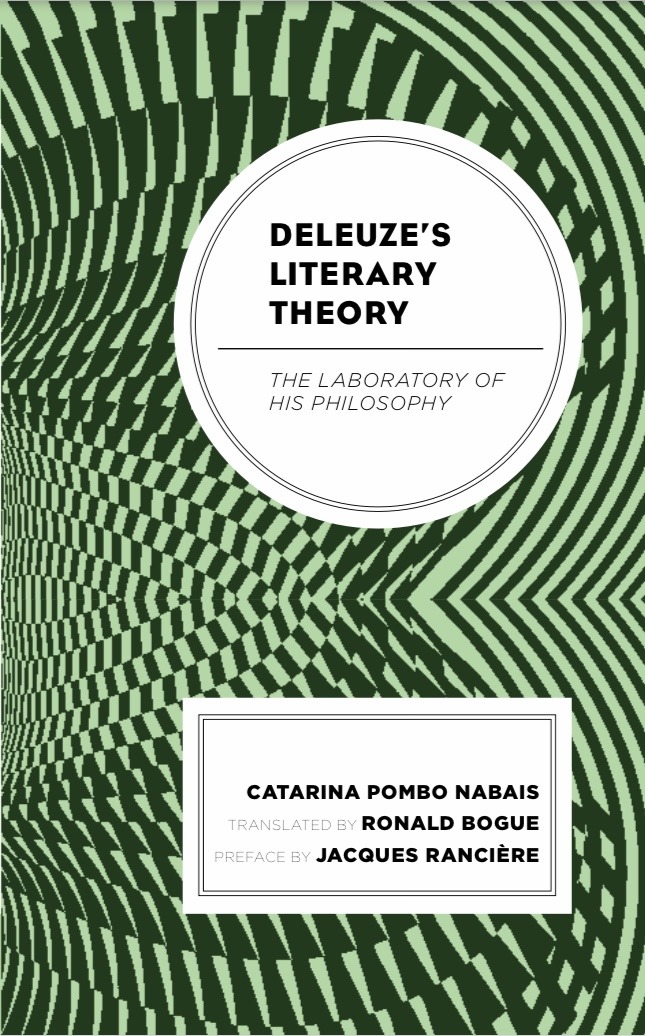 Literature holds a privileged place in Deleuze’s works. Not only is it the art that most clearly reveals his aesthetics, but it also serves as the laboratory of his thought, the space where he experiments with concepts that become part of his ongoing philosophical project. In this brilliant analyses of Deleuze’s texts on Proust, Sacher-Masoch, Kafka, Carmelo Bene, Melville and Beckett, Pombo Nabais traces the development of Deleuze’s aesthetics across three distinct periods of his thought: the transcendental empiricism of Difference and Repetition and The Logic of Sense; the philosophy of Nature of Anti-Oedipus and A Thousand Plateaus; and the philosophy of Spirit of The Fold, What Is Philosophy? and Essays Critical and Clinical. More than a simple account of Deleuze’s literary theory and aesthetics, this book offers a provocative and original reading of Deleuze’s entire philosophy, highlighting the question of modality (the actual, the virtual, the possible, the impossible and the incompossible), the problematic relationship between the event and the assemblage, and the unifying theme of the vitalism of nonorganic life.