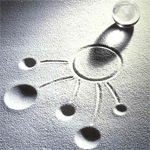 The permanent process of language reformulation and restructuring of the scientific programs internal logic, while answering the constitution of new theoretical frameworks with different empirical significance, expresses also a transfer of models, concepts, categories from a scientific field to another. This transfer has multiple effects on the knowledge process. Firstly, constitutive effects: it is often the metaphorical use between disciplines that reveal new facts or, simply, new aspects of a known fact. Secondly, explanatory effects: testing internal mechanisms of phenomena (natural or social) according to frameworks of continuity by analogy between fields, the migration of paradigms generates, in advance, causal representations that experimentation frequently confirms. Lastly, the transfer of models and concepts between scientific fields has enormous descriptive effects. We are witnessing an unprecedented revolution in fundamental sciences. A revolution which not only changes daily life through the use of ever more unintelligible technologies, as it leads to a widening gap between the scientific understanding of the world and the representations of Nature and its mechanisms organizing our technological, political or poetical practices. This gap, besides a return to magical explanations of the world and to fundamentalist policies of exclusion from the technological and social progress of a wide swath of Humanity, reveals itself in an inescapable fragmentation of knowledge. Undoubtedly, specialization favors the scientific progress, but, at the same time, leads to a veiling of the meaning of the world. Thus, it is frequently, the migration of concepts or paradigms among diverse scientific fields, by a process of production of new resemblances and new semantical articulations, that allows the reconstruction of the global meaning of experience.

The aim of this project is the study of the different processes of migration of paradigms, concepts and categories from one branch of knowledge to another, as well as the analysis of the contaminations between those branches and theirs social effects.