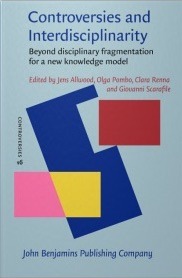 Nowadays, the forms assumed by knowledge indicate an unhinging of traditional structures conceived on the model of discipline.  Consequently, what was once strictly disciplinary becomes interdisciplinary, what was homogeneous becomes heterogeneous and what was hierarchical becomes heterarchical. When we look for a matrix of interdisciplinarity, that is to say, a primary basis or an essential dimension of all the complex phenomena we are surrounded by, we see the need to break with the disciplinary self-restraint in which, often completely inadvertently, many of us lock ourselves up, remaining anchored to our own competences, ignoring what goes beyond our own sphere of reference.  However, interdisciplinarity is still a vague concept and a much demanding practice. It presupposes the continuous search for convergent theoretical perspectives and methodologies, and the definition of common spaces and languages, as well as a true dialogical and open mind of several scholars. From ethics to science, from communication to medicine, from climate change to human evolution the volume Controversies and Interdisciplinarity offers a series of original insights beyond disciplinary fragmentation for a new knowledge model.