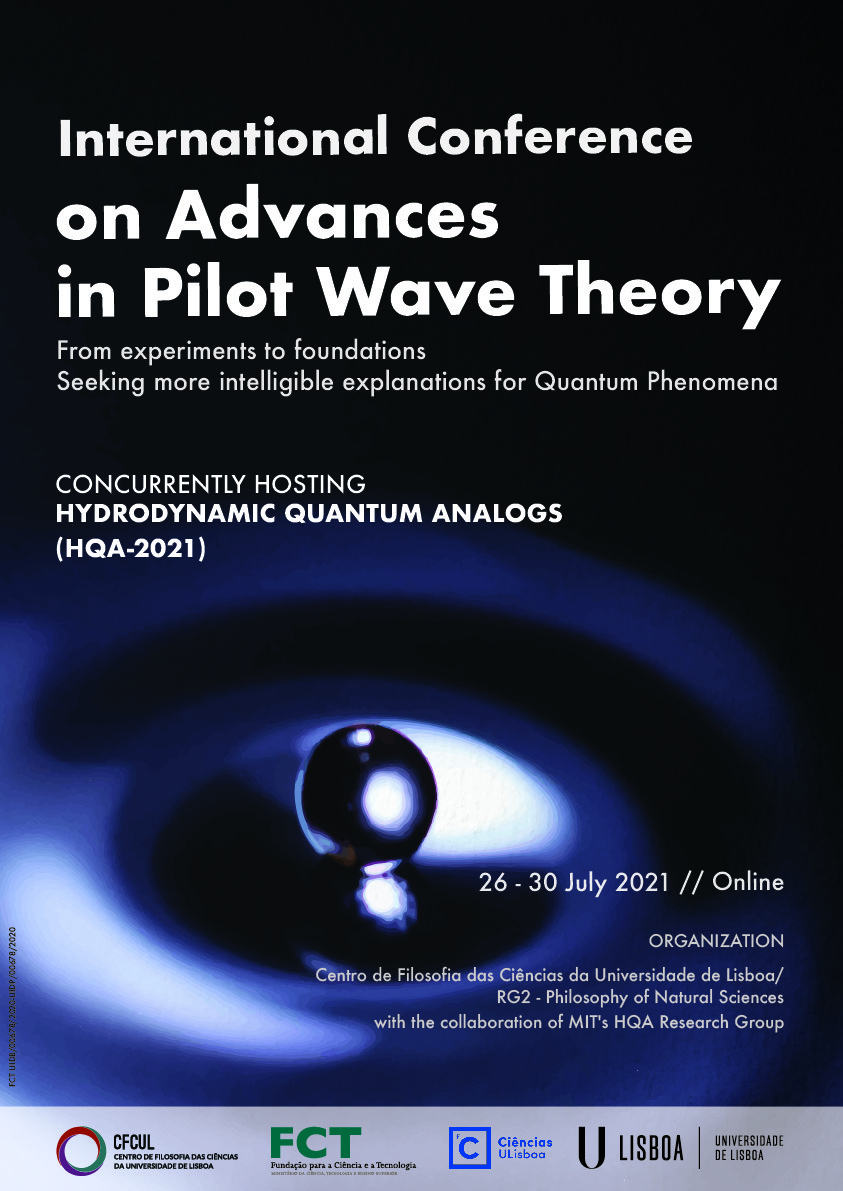 At the inception of quantum mechanics, almost a century ago, Louis de Broglie proposed his pilot-wave theory as the basis of a realist quantum dynamics. While both Einstein and Schrödinger championed a similar philosophical viewpoint, the Copenhagen interpretation was instead to prevail. Although the standard quantum mechanics formalism has been very successful in predicting the statistical behavior of quantum systems, it yields little insight into the nature of quantum dynamics.

The first quarter of the XXI Century has seen both a resurgence of pilot-wave theory and a demand for a clearer physical picture of the microscopic, quantum realm. New experimental and theoretical evidence for the plausibility of pilot-wave dynamics in Quantum Mechanics has emerged from the nascent field of hydrodynamic quantum analogs. This conference will try to reignite the debate over pilot-wave theory from both physical and philosophical viewpoints.

Organization
CFCUL/RG2-Philosophy of Natural Sciences, with the collaboration of MIT’S HQA Research Group.

Attendance
To attend the conference, please register here.
Participants will receive further information and the Zoom link for the event via email.