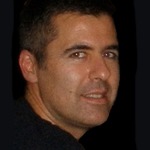 Marco Pina has a background in medicine which he applies to topics in philosophy of biology and philosophy of medicine. He is currently preparing a doctoral dissertation on the development of the mind-brain dyad in the context of the nature/nurture debate, which is funded by the Portuguese Fund for Science and Technology and executed at the Faculty of Science of the Portuguese University of Lisbon. Previously, as a scientific collaborator for the Centre for Philosophy of Science of the University of Lisbon as well as its Applied Evolutionary Epistemology Lab, he has edited several books on evolutionary theory, language evolution, and the evolution of man.

Philosophy of Medicine and Biology, Epigenetics and Psychology, Brain-mind development,