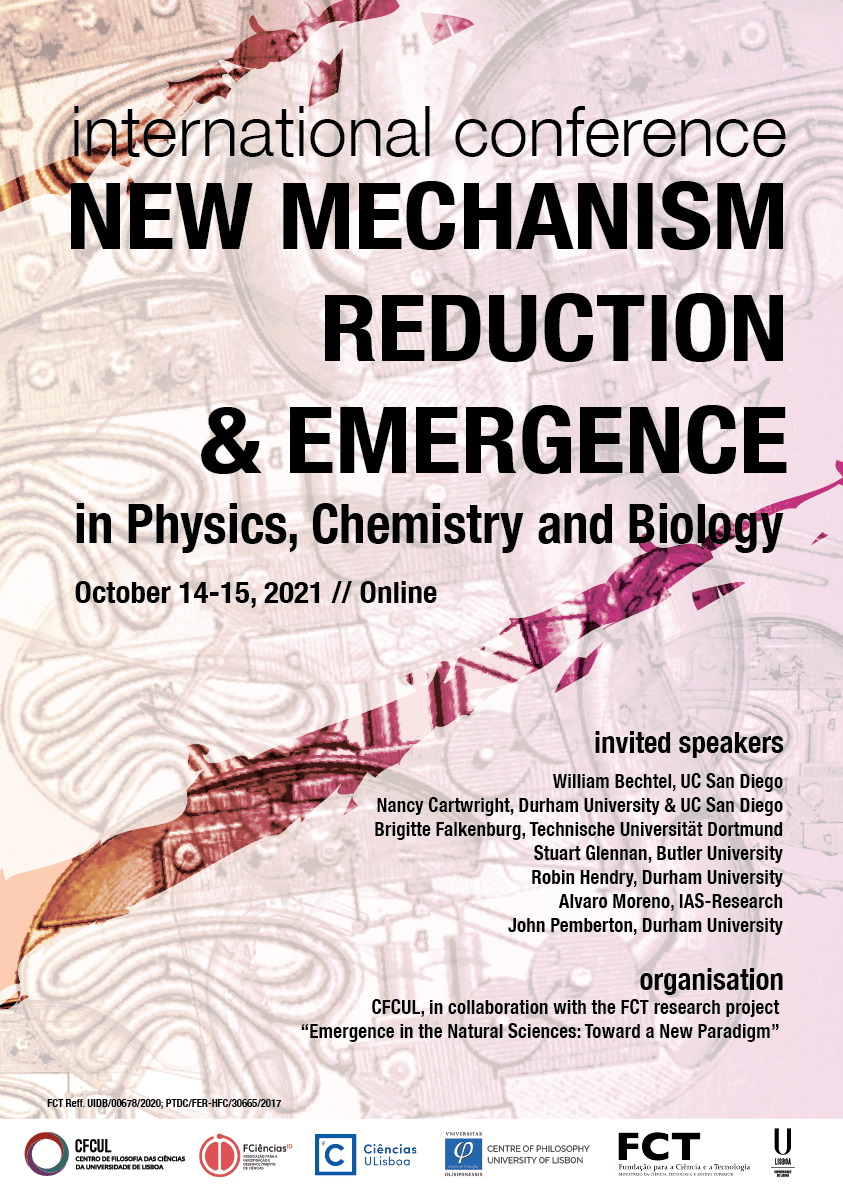 This conference addresses the epistemological and ontological significance as well as the scope of new mechanism and, in particular, its relationship with the topics of reduction and emergence in the physical, chemical and biological sciences. As it is well known, new mechanism was elaborated to overcome the limits of the neo-positivist philosophy of science and, in particular, the nomological model of scientific explanation. Still, it is also true that new mechanism is supposed to be new vis-à-vis the classical atomistic mechanism from the XVII century.

Being so, what should we take to be the real novelty of the so-called new mechanism? What may be the ontological reasons underlying the adoption of mechanistic instead of other modelling strategies (e.g., network analysis)? Furthermore, does new mechanism fit the phenomena studied by contemporary sciences? For example, how can mechanistic explanations fit contemporary physics, for instance quantum field theory, astroparticle physics or condensed matter physics? Additionally, what can be the new mechanistic position on the ongoing debate about the different notions of reduction and emergence, either in ontological or epistemological terms? How can the new mechanistic model of explanation be compatible with a certain notion of reduction and still accommodate a non-trivial notion of emergence? Are mechanistic explanations necessarily reductive, given that many involve intertheoretical identities? Finally, in what sense emergence and reduction can be taken as direct opposite and/or complementary views within the new mechanistic approach?

The main goal of this conference is to address such questions by taking into account contemporary research developments in the natural sciences.