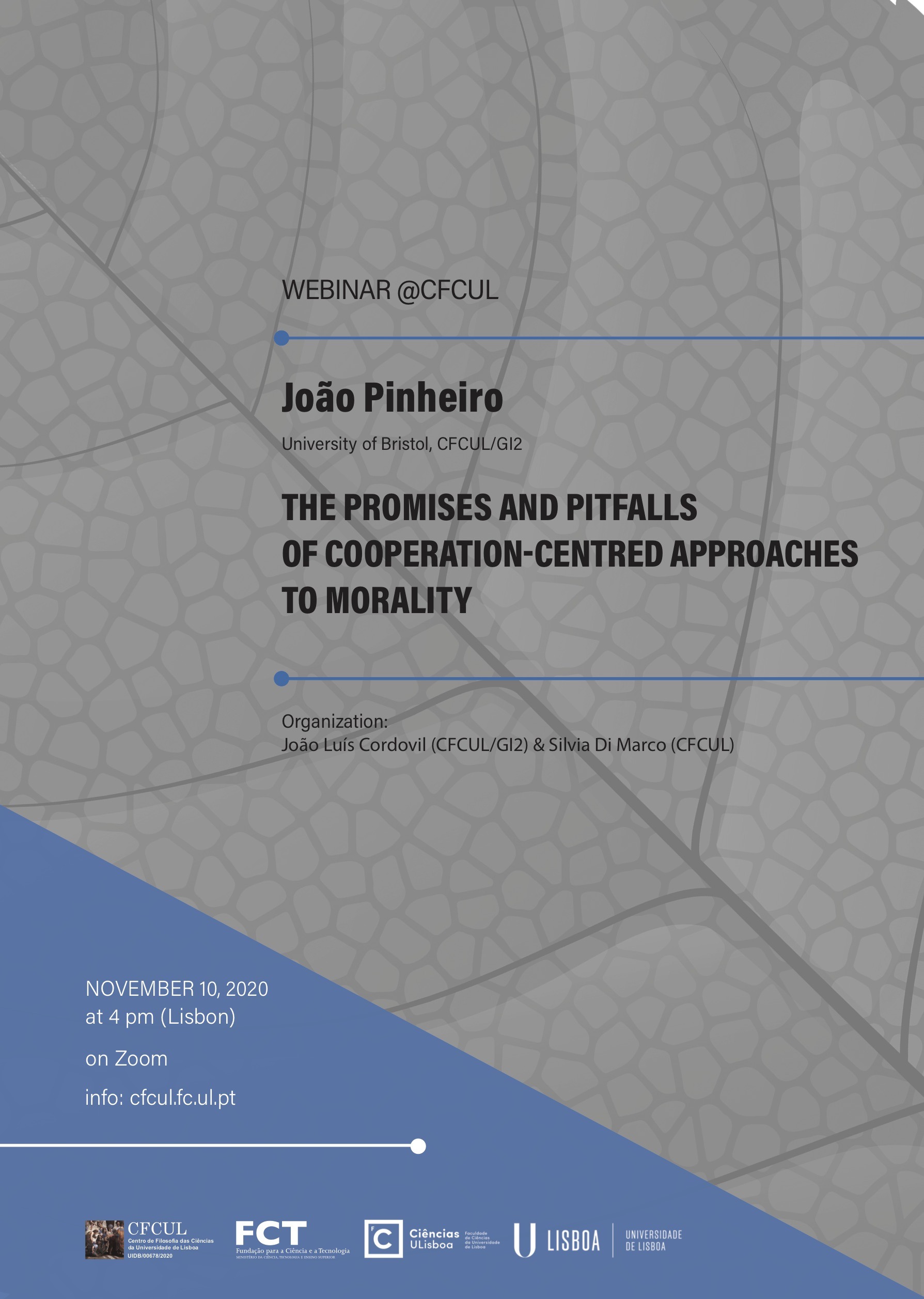 Abstract: Many evolutionary anthropologists and scientists from cognate fields have begun converging on an adaptationist hypothesis about moral evolution: morality evolved for increasing the benefits of social living by promoting cooperation [e.g. Boehm 1992; Haidt & Kesebir 2010:800; Rai and Fiske 2011:59; Brosnan 2011; Bowles & Gintis 2011; Tomasello & Vaish 2013:231; Greene 2015:40]. This growing consensus has prompted developments in metaethics, with some moral realists having deemed it viable to adopt a moral naturalist hypothesis according to which moral facts are grounded in facts about cooperation [e.g. Copp 2009; Sterelny & Fraser 2016; Curry et al. 2016 & 2019]. Having made the reasoning supporting these two hypotheses clear, I will show that cooperation-centred approaches are very promising in that they are congruent with a naturalist outlook of ethics, are equipped with the mathematical tools of evolutionary game theory, make testable predictions that seemingly hold true on cross-cultural analysis, and even purport to solve the so called “Darwinian Dilemma” for moral realism. However, on a closer view, the cooperation-centred approach to morality seems to be incomplete in the sense that there are moral phenomena that it seemingly cannot explain in terms of cooperation and that constitute, as such, anomalies to the theory [see Wong 2006 & 2019 and Buchanan & Powell 2015 & 2018]. What is worse, there seems to be at least one particular moral phenomenon that shows its foundational empirical hypothesis to be inconsistent with its metaethics. But not all is lost. I will suggest that there is a quick fix to the theory that is in line with its motivation and that could solve these problems, but this will require going beyond cooperation.